In this first of a three-part series on knee pain, I’m going to give you a quick overview of how the knee works in relation to the rest of the body when it comes to exercise and optimal functionality.

When starting a new workout, it’s almost inevitable that there’s some sort of legwork involved. Lots of lunges, lots of squats, and lots of other movements (such as kicks, running, and climbing) get piled on top of a body that might not have had to accelerate at that rate or perform some of those movements “since high school.” While the ego certainly remembers having the ability to do those movements, the body’s memory of proper execution might not be as clear.

Lots and lots of reps, and possibly lots more load than the body’s been used to handling, can combine to push a musculoskeletal system past the point of safety and into compensation. Many of us have heard the term “compensation” before, but let’s define it now for this human performance context. 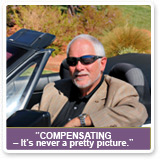 Compensation is the act of using sub-optimal body mechanics to get more movement out of joints that can no longer be powered or stabilized by the appropriate muscles. So think of it like this . . . in rather simplistic terms. There are two teams of muscles that are playing on the field that your joints provide—stabilizers and prime movers. The stabilizing muscles have the job to provide reflexive stability for the joint. The prime movers are the bigger muscles whose job it is to generate some serious force through the joint and create motion and move a load. Generally speaking, the stabilizers, or intrinsics as they’re also known, are smaller, deeper muscles that lie closer to the joints, whereas the prime movers are larger, thicker muscles that often span multiple joints.

With that picture in mind, it stands to reason that the intrinsic muscles wouldn’t do such a hot job as prime movers. You wouldn’t want to hand the heavy lifting jobs to the scrawny little kid. Nor would you want to tire out the big brawny guy in a wasteful fashion by having him holding a light, screen door open. This is exactly what happens in situations where compensation occurs. The wrong muscles try to do the right jobs. And as a result, some joints become hypermobile and some joints become too rigid.

Now, with the geek-speak taken care of and marinating in your brain, which of these two qualities do you think the knee joint should have more of when climbing up stairs, for example—stability or mobility? 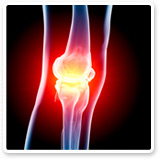 According to world-famous movement expert, highly sought-after physical therapist, and founder of the Functional Movement Screen, Gray Cook, the knee would choose stability over mobility if it had to pick one attribute over the other. Note that I said “stability” and not “stiffness.”

The knee is a hinge joint that essentially moves well in a plane of motion. So more than anything else, it needs lateral or side-to-side stability. If a knee buckles drastically towards one side or the other under load, bad things happen, usually with a not-so-pleasant soundtrack of crunching, popping, and screaming or expletives accompanying it.

The two major joints neighboring the knee are the ankle and the hip. These two joints, according to Cook, should be primarily mobile, and this is where lots of the problems lie. Lots of societal, lifestyle, and exercise factors play into the epidemic of immobile hips. The problem is so great that some human biomechanics experts have gone so far as to call it “de-evolution right before our eyes.”