When it comes to losing weight, we all do some pretty wacky things to burn a few extra calories, like “forgetting” to eat before the gym, scarfing down celery by the bunch and jogging half naked in the winter (OK, maybe not the last one.) The bad news? Most of these strategies are a waste of time and, worse, may even stall weight loss. To help uncover the truth about burning calories, we’ve turned to diet and fitness pros to discover which habits to skip—and what you should be doing instead.

The concept goes something like this: some veggies are so low in calories that they require more energy to digest than they contain. The result? Eating celery,, cucumbers or iceberg lettuce can give you a “negative calorie balance.” Sounds great in theory, but “the calories you need for digestion won’t ever exceed the number of calories any type of food contains,” says Los Angeles-based nutritionist LeeAnn Smith Weintraub, RD. However, these non-starchy, low-calorie veggies can still help you lose weight since their fiber and water content will keep you feeling full for longer. So go ahead and pile them on generously when you hit the salad bar for lunch.

2. Doing cardio on an empty stomach burns more total fat for the day.

It sounds like it makes sense: Your body needs energy for a morning run, so not eating beforehand forces your body to dip into its fat stores for fuel, allowing you to burn more fat. Exercise physiologist Brad Schoenfeld, CSCS, author, spent years researching the theory, hoping to confirm it as fact. Instead, he found that while you do burn more calories from fat if you exercise sans snack, ultimately it doesn’t matter because, as he notes in the Strength and Conditioning Journal, “if you burn more fat during a workout, your body physiologically adjusts to burn less fat post-exercise—and vice versa. So it all evens out.” Sports nutritionist Cassie Dimmick, RD, adds, to eat or not to eat before a workout is a personal preference, but “most experts advocate pre-gym noshing because it provides the fuel you need to exercise longer and harder and therefore burn more calories.” She recommends opting for a filling, nutrient-rich snack, such as a piece of fruit, applesauce or a slice of whole wheat toast with peanut butter.

3. All calories are created equal. 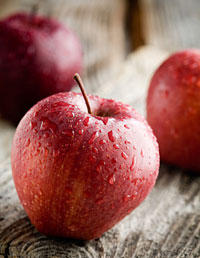 You’ve heard “a calorie is a calorie,” meaning your body processes them all the same way regardless of where they come from. But not so fast: 100 calories of chocolate cake are not the same as 100 calories of carrots. As it turns out, your body burns nearly 50% more calories after eating a meal packed with whole foods versus an equivalent meal made of processed fare, according to a 2010 study published in the health journal Food & Nutrition Research. During manufacturing, processed foods are broken down and stripped of many nutrients, making it easier for the body to digest them. On the other hand, whole foods, such as multigrain bread, apples or zucchini, contain good-for-you nutrients like fiber that the body has to work overtime to break down, temporarily boosting metabolism. Plus, “eating smarter calories via foods packed with filling fiber or satisfying protein, like a chicken breast instead of potato chips, will help you naturally eat less over time,” explains Weintraub.

4. Always work out in the fat burning zone. 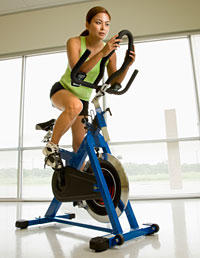 The “fat burning zone” has a nice ring to it, right? Using this function on cardio machines keeps you working out at a slow, steady pace—around 60% to 70% of your maximum heart rate—and this low-intensity form of exercise is thought to help your body burn a higher percentage of calories from fat. (So if you burn 100 total calories, 60 of those may come from fat and 40 from carbohydrates in your body.) The problem? The total number of calories burned is the only thing that matters—not what type of calories—and working out at a low intensity ultimately burns fewer calories since you’re not pushing yourself as hard as you should be. In order to maximize calorie burn (and, ultimately, fat loss) in less time, do high intensity interval training instead, says Schoenfeld. To try it, alternate one or two minutes of easy running (or pedaling) with a quick one-minute burst of speed (you should be breathing heavily at the end of the interval.) Repeat intervals for a total of 20 minutes, and do two to three interval workouts per week for the best results. Bonus: Studies show intense workout sessions stoke metabolism for up to 24 hours after you’ve left the gym, burning at least 100 extra calories throughout the day, Schoenfeld says.

5. To lose weight, you should only focus on cardio.

When it comes to dropping pounds, the first thing many of us think about is sweating it out by running or cycling. However, strength training actually has more of an effect on helping you lose weight than cardio. There’s a reason that if you go into a gym, you’ll see lean people lifting weights and building lean muscle raises your metabolism, allowing you to burn more calories when you’re doing anything, whether that’s running or just sitting at your desk. But that doesn’t mean that you should abandon your cardio routine. Cardio workouts keep your heart-health in check and burn lots of calories in little time, so continue to hit up your favorite Spin class—just keep in mind that a routine that mixes cardio and one or two strength workouts a week is the best way to maximize results. 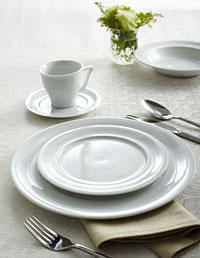 While most of us were raised with the notion that we should eat three square (read: large) meals a day, many people now believe that it’s better to eat smaller portions more frequently in order to help keep your metabolism stoked all day. But does grazing on six mini meals really burn more calories? While conflicting evidence does exist, a 2009 study published in the British Journal of Nutrition found no differences in weight loss among dieters who ate three or six times a day (total daily calories was the same for both groups). And, after reviewing 18 studies on the topic, the International Society of Sports Nutrition concluded that meal frequency doesn’t boost metabolism or encourage weight loss. However, researchers did note that eating frequently may help keep between-meal hunger at bay. Bottom line? Settle on an eating plan that keeps you satisfied and full so you’re less likely to binge due to hunger. “I find that many of my clients do well with three regular meals and one or two small snacks,” notes Weintraub. 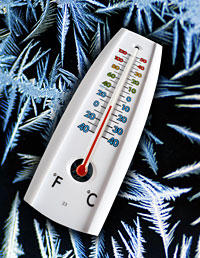 OK – we’ll admit that this one’s half true. Because shivering from cold temperatures revs up calorie burn, you will torch more as your body works to heat itself up. However, the difference is negligible at best, trying to shiver away calories is not a smart—or effective—strategy. So when the mercury plummets, be smart and bundle up—the miniscule bump in calorie burn isn’t worth increasing your risk of frostbite or hypothermia.

8. You have to burn 250 calories every time you work out in order to lose weight. 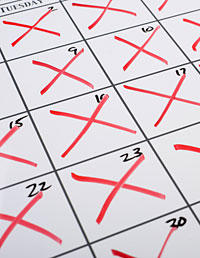 To lose a pound a week, you have to cut 500 calories a day, and some health experts suggest achieving that by eating 250 fewer calories while burning 250 more daily. However, losing weight isn’t about what you burn day-to-day, but rather what you do over the course of a week—or even a month—allowing you the flexibility to make up for days when your diet gets derailed. That means if you’re not feeling well one day and skip a workout, it won’t make a big difference in the long run, says Schoenfeld. The next day, just stay at the gym 10 minutes longer or try a higher-intensity yoga class. “As long as you’re burning more calories in the long term, you’ll lose weight,”