It was a week ago today that I did the 25th St George marathon in Utah. That is pretty impressive. I drove with a couple of friends to Utah for this “easiest course you will ever run”. Looking back, I guess we all have our own definition of “easy”.

The morning of the race we woke up at 3am. Yep, you read that right. “Dark-thirty” is what I call it. We had to be bussed to the start, since this was a one way route. So we drove to the finish line. The elevation is about 2600 ft at the finish with the morning temperature of 74 degrees. Oh boy, I think I may be in trouble. At the start the elevation is 5240 ft. and the temperature is 64 degrees. They said this was a world record on the temperature at the start. Since, in past years, it has been so much cooler. I hoped this wasn’t going to be a warm run, but we will just have to wait and find out. There were big bonfires going which was really pretty to see against the dark sky.

The race started at about 6:45 and we were off. The sun was just beginning to come up. I so love this time of day. We started at a nice down-grade, but about a half mile out we had to stop because one of the people I was running with had a problem with his socks. His right sock fell down into his shoe. We ended up stopping another 2 times before he got fed up and took off his socks. Yep, he had had enough and left them on the side of the course.

At mile 7-9 we went up a constant hill. It was challenging, but doable. I felt good and knew I could do this run. Then it got warm or should I say, down right hot. The next 9 miles were all up and down with a strong head-wind. I kept looking around at the beautiful landscape of Utah trying to not think about how much further we had to go. At the start there was a lot of green vegetation, but it gradually changed and got rocky almost looking like lava rock. We then could see the mountains that were flat at the top, but each layer was a different shade of brown, tan and even rust. That was beautiful.

We talked to many people along the course. Some were running this course for the first time. Others had done it 2 or 3 years in a row. There were young and old, tall and short, not so thin and thin runners all around us. But, the outfits were unbelievable. There were bright colored knee socks, a guy with a blue wig on and two girls with “BOS” on the back of one them and “TON” on the other one. Get it – Bos ton! I don’t think they were going to qualify at the pace we were going.

Mile 18 was a big bridge that many talked about and to be perfectly honest, I was done. The heat was beginning to take a toll, but I just had to finish. The emotions were all over the place. I went from dreading each step to laughing about how we were feeling. I have done numerous marathons so this wasn’t new to me and my training had gone very well. So, what’s the deal?

Around mile 22 there were misting showers that felt absolutely wonderful. Then someone was passing out popsicles which tasted so good. I was being constantly reminded of the ice cream they serve at the end and I thought it really sounded disgusting. I’m not a big ice cream eater and with the way I was feeling didn’t help. I thought about how I fought cancer and that surely I can do this.

We then came off the main road and made many turns through a residential area. This felt so nice with the shade of the trees. Around mile 24 they passed out ice cold wash cloths. I thought, ok, I’m going to make it.

Then, the final stretch was a slight uphill. Really, I thought. Who had this bright idea? But, I did it and crossed that finish line. We all met up and sat in the grassy area and ate our ice cream. Yep, the ice cream I thought sounded disgusting, never tasted so good. I was then told I was rather pale, but appreciated that they didn’t tell me that during the race.

Looking back it definitely was a character-building experience. I don’t think I will do this race again, due the heat more than the course. I had an awesome time with my friends, though, and would most defintely do a race again with them. 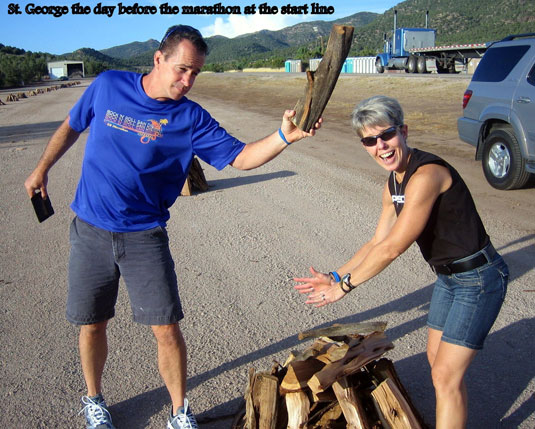 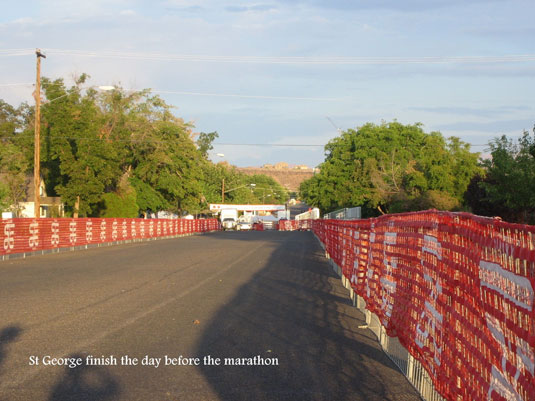 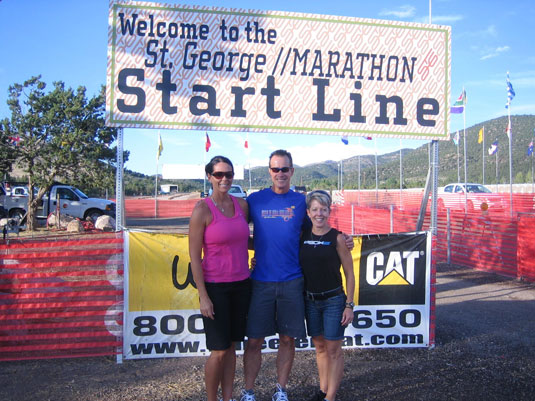